sacrifice ain’t what it used to be 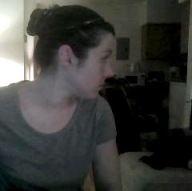 Today is Ash Wednesday and everyone seems to be discussing what they intend to “give up for Lent”. Having been raised a good Protestant, I’m not familiar with the process. I do, however, find it intriguing. I’m given to understand that this Lent routine concludes Easter-ish and have hence been entertaining thoughts of what I would give up for a month and a half; were I so inclined. The surrender of Facebook appears to be quite popular.

Then I imagined myself telling a biblical figure that I was going to forgo casual communication with people I haven’t seen since I was 8 until a giant bunny-rabbit leaves me a candy filled basket and litters the yard with hard-boiled eggs.

I’m not judging (this glass house is so cracked, you can’t even tell if I’m throwing stones), but it sounds like 2000 years of evolution has had a minimizing effect on the renunciation of self. Without discounting the value of personal sacrifice; why sacrifice for the sake of sacrifice? There’s a lot of causes out there that could use a hand.